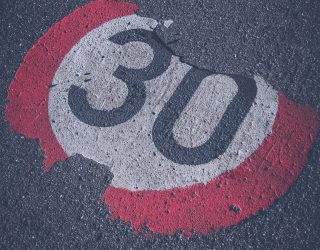 [icegram campaigns=”951″]
Every driver knows the potential consequences of speeding. For HGV drivers in the UK, those consequences include a possible hearing before the Traffic Commissioner. As it states on the Government website: “Remember: just one offence and you could lose your entitlement to drive a lorry.”

So, reports that the British police are going to show less leeway with speeding motorists is a concern.

At the moment, drivers are protected by a ‘buffer zone’ – an allowance of 10% of the speed limit plus 2mph – which ensures that they don’t get punished if they’re driving slightly too fast. But the national roads policing chief is said to be in favour of scrapping it, according to the Mail on Sunday.

But, will abolishing the ‘buffer zone’ altogether mean that motorists end up with a penalty notice falling through their door after exceeding the legal limit by just 1mph?

Thankfully, it sounds like common sense will prevail. A spokesman for the National Police Chiefs’ Council reassured drivers that officers will continue to “respond in a proportionate way based on the circumstances in each case”.

With that one-offence warning in mind, that’s comforting to hear.