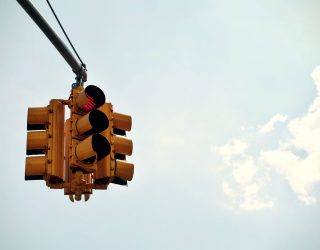 Getting to grips with driving laws in other countries can be hard at the best of times. When you consider their bizarre driving laws, it can seem even harder .

Every country has its own assortment of weird and wonderful rules of the road. You know, the kind of laws that are normal for anyone living in that country, but pretty bizarre to the rest of us.

For example, if you live in Spain you’ll know not to drive while listening to music on headphones. Or if you’re in Switzerland, you won’t wash your vehicle in front of your house, you’ll take it to a car wash station. And no German in their right mind would risk running out of petrol on the autobahn. They know the law.

But if you think Europe’s driving laws are a bit random, check out the rules of the road in other countries around the world.

No splashing in Japan

Who doesn’t like driving through a big puddle? In Japan, it’s considered a discourtesy (and against the law) to splash water or mud on a pedestrian.

No stopping in China

In China – Beijing in particular – it’s illegal for drivers to stop for pedestrians. Which doesn’t seem entirely fair.

Check your number plate in the Philippines

It is forbidden to drive in Manila on a Monday if your number plate ends in a 1 or 2.

Perhaps unsurprisingly, some of the strangest driving laws can be found in the US. It’s big and it’s bonkers…

Watch yourself in California

In San Francisco, it is against the law to buff or dry your car with used underwear. And across the state of California, it is illegal to use the road as a bed, drive wearing a dressing gown if you are a woman, or jump from a car travelling at 65mph.

Keep pets in check in Kentucky

Here it is illegal to allow a pet to molest a vehicle. We’ll leave it there with that one…

Don’t get dizzy driving in Ohio

You are not allowed to drive around the town square more than 100 times consecutively in Ohio.

Keep dogs in the vehicle in Alaska

It is forbidden to tie a dog to the roof of your vehicle in Alaska.

These are just a few, but there are plenty more bizarre rules of the road. What are the weirdest driving laws you’ve heard about?