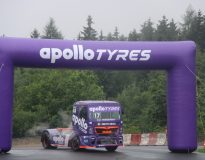 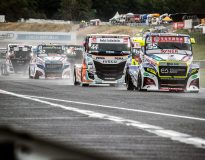 The 2021 FIA European Truck Racing Championship commences its season with the opening rounds being held at the Hungaroring circuit this weekend. 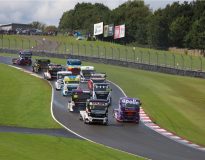 The 2020 ETRC DIGITAL RACING CHALLENGE concludes its inaugural Championship with a visit to the Jarama Circuit and the Apollo Tyres Tor Truck Racing team hoping for better fortunes. 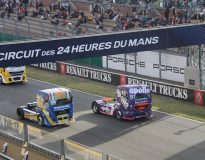 The highs and lows of truck racing at Le Mans

Sponsored by  Thelma hit the race track for the last time this year when she competed in the penultimate rounds of the FIA European Truck Racing Championship at the Le Mans Circuit. And what a track to make your 2019 farewell! The Apollo Tyres TOR Truck (aka Thelma), her driver Shane Brereton and the whole racing team had a good weekend, competing in what can only be described as some rather eventful races. An eighth-placed finish in race one meant Thelma secured pole position in race two. Suffice to say, things were looking pretty good. After the second race was red flagged to remove debris from the track, Shane claimed fourth place following a titanic battle with Championship contenders Antonio Albacete and Jochen Hahn. Race three was just as thrilling. Starting in thirteenth place in we...[Read More] 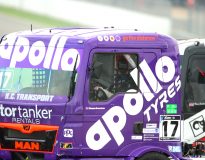 Apollo Tyres’ TOR Truck Racing MAN truck (aka Thelma) hopes to go out on a high when the team competes in the penultimate rounds of the European Truck Racing Championship.