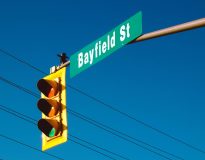 UK Drivers are Getting Green Light To Turn Left On Red?

UK drivers could be allowed to turn left when the traffic lights turn red if the new US-oriented road propositions are presented in the UK. LeaseCar.uk Traffic Consultants have acknowledged the concept of adapting the US-oriented road conventions as they could be a huge convenience for the UK’s rush-hour congestion in massive towns and cities. The United States road convention, it states legal for drivers to turn right at the red traffic light when it’s safe to do so. In most US states, it is legal to turn right at a red light if safe to do so. Given that we drive on the opposite side of the road, it would mean making a left turn at red lights would become acceptable in Britain. Campaigners are sure that doing so would reduce fuel emissions, reduce congestion and ease journey t...[Read More]