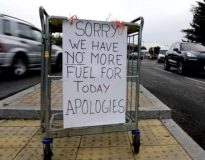 According to the UK prime minister, only 127 petrol tanker drivers from the European Union have applied for temporary visas to help fight the current fuel crisis. In contrast, over 300 temporary visas are offered to drivers overseas by the UK government. Some military personnel have begun driving fuel tankers throughout the fuel crisis to contribute fuel resupply to petrol stations. Has the fuel crisis improved? The Petrol Retailers Association (PRA), representing almost 5,500 of the overall 8,000 filling stations in the UK, stated the worst-affected locations have seen a marginal improvement but still face a difficult time. Unfortunately, last year, London and southeast England’s fifth forecourts were out of fuel. “Whereas, places like Britain can be seen to have noticeable im...[Read More]