3 of the all-time best trucking movies to watch

There’s something about truck drivers and their trucks that’s appealed to certain film makers. The possibilities are endless. The struggling truck driver trying to turn his life around. The straight-laced trucker who gets caught up in the criminal underworld of trucking. Or what about the wronged truck driver who is out to get revenge by any means necessary? All classic film storylines, but with a trucking twist to them… Some might argue that a trucker watching a film about trucking is too much like a busman’s holiday. For others, there’s something deeply comforting about watching something that’s so familiar, yet still provides that sense of escape. (FYI: we’re talking about the familiarity of life on the road rather than the familiarity of criminals, corruption and revenge… A...[Read More] 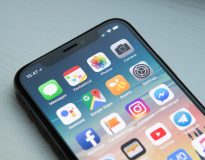 Social media: The good, the bad and the ugly

In the world of trucking, there are social media stars who’ve managed to monetise their working lives.