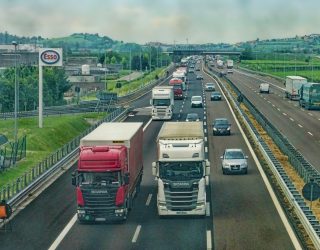 Could it be the end of the road for the brick-shaped cab? The EU has brought forward its
plans to introduce more aerodynamic truck designs in an effort to reduce fuel consumption.

An agreement by European lawmakers means that truck makers can now build trucks that
exceed length limits from 1 September 2020. Previously, that wasn’t going to happen until
2022.

According to Transport Commissioner Violeta Bulc, changes to the law on vehicle weight
and dimensions would mean trucks carrying freight over long distances could use up to 10%
less fuel each year.

The introduction of more rounded cabs has been welcomed by the European Federation for
Transport & Environment (T&E) who say they will give drivers better visibility of cyclists and
pedestrians. James Nix, freight and climate director at T&E said the decision “paves the way for more fuel
efficient and safer trucks to hit the road from next year.”

However, trailer manufacturers are concerned that cab manufacturers could delay the
process because of the costs involved. To avoid this, many in the industry feel that cab and
trailer modifications should not be dependant on one another.