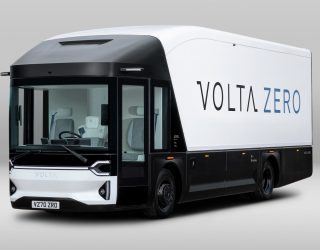 Electric truck manufacturer, Volta Trucks, has revealed that it has begun the engineering evaluation and development testing of its Volta Zero prototype.

The testing is taken place at the Horiba Mira testing ground in Nuneaton.

This comes soon after the manufacturer revealed its prototype chassis of the upcoming electric Volta Zero truck.

Volta Trucks’ chief product officer, Ian Collins, said: “The start of testing and evaluation of the prototype Volta Zero is a major milestone on our journey towards production and an exciting time for the Volta Trucks team and our customers.

“To have achieved this landmark moment in just eight months is a great example of the nimble and agile approach we have at Volta Trucks. “

He added: “We work at a high pace to ensure that we can bring zero-emission, full-electric commercial vehicles to market quickly because our customers require vehicles as soon as possible.

“We need to go through a comprehensive and thorough development programme, but the start of prototype testing is evidence that we are on track to deliver production vehicles, on time, by the end of next year.”

The zero will be the world’s first full-electric purpose-built 16-tonne commercial vehicle that has been designed specifically for use in inner cities by logistics firms.

The prototype has been called ‘Volta Minus One’ by the firm’s development engineers, and it’s the forerunner to the production-specification Volta zero which will see production starting next year.

Volta says that its prototype vehicle will be using the proposed production specification chassis frame and drivetrain.

The testing process will also examine the truck’s thermal and electromechanical properties.

This will include testing Proterra’s high-voltage battery as well as the electric motor, the compact rear axle and the transmission eAxle being supplied from Meritor.

The prototype’s unconventional bodywork has been designed to protect the development driver from the worst of the elements when the truck is travelling at speed.

The finished production vehicle will have a cargo box design but the prototype is using a flatbed to enable engineers to add different levels of loads so they can test the truck’s weight carrying capacities.

Testing will take place in Nuneaton over the coming months, with the testing and development programme including the current and later specification prototype of the truck.

The testing team will also undertake cold-weather testing north of the Arctic Circle, while hot weather testing of the truck will be carried out in southern Europe.

Volta says that its comprehensive programme of testing will help ensure that the production-specification Volta Zero will deliver the reliability and durability that vehicle owners and fleet operators are looking for.

Indeed, what the firm learns during the testing phase will then be taken into the production of a pilot fleet that will be evaluated and tested by key customers.

These customers have signed up for these trials and taken the option of buying the first Volta Zero series production trucks.