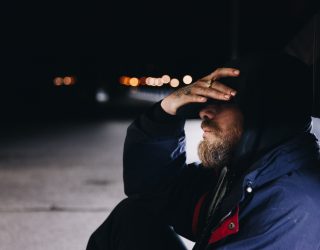 As any trucker knows, life on the road can be lonely.

Many spend months at a time away from home and family. Living in a space of three to five
square metres, they rotate between the steering wheel, gas cooker and bed.
It’s not hard to understand why some might turn to alcohol for respite.

In January this year, German police carried out a major operation checking whether 1,200
truck drivers had consumed alcohol. They found that 190 of them (15%) had raised blood
alcohol levels.

These findings have left many wondering why, in an industry where drinking is not allowed,
one in six drivers decided to break the rules.
I’m not saying it’s right, absolutely not. But I can see how some might come to that decision.
They’re drinking out of boredom, frustration, loneliness and stress.

Of course, lots of jobs come with stress, but it can feel like truckers sometimes get more than
their fair share. Where shall I start? Time pressure is an obvious one. So too is sleep
deprivation. I’ve already touched on loneliness, and let’s not forget the eternal question of
where to park for the night. With so many trucks on our highways, there’s not always enough
room for everyone.

In an industry where every mile is tracked and the cheapest services get the orders, drivers
have turned into a commodity.
Which is ironic. Today’s truckers are making the global economy what it is, moving freight
from city to city, country to county. Yet, they are the ones losing out. Many drivers, from
Eastern Europe in particular, cost less, often work for cheap subcontractors and have little in
the way of insurance.

Drivers are expected to drive through illness, for low wages and in social isolation just so
that consumers can get their avocados, wine and sofas at affordable prices. When any trucker signs a contract, they agree to a strict ban on alcohol. This starts before they clock on to ensure they have a blood alcohol level of zero as soon as they get behind the wheel.

However, the alcohol-checking operation in Germany was carried out at 10pm, just before
the end of the Sunday driving ban. The results found a concentrated amount of residual
alcohol that had built up over the course of the weekend.

It doesn’t help that truck drivers often get jobs at very short notice. They are obliged to tell
freight agents whether they’ve had alcohol over the last few hours, but missing out on a job
means missing out on money.

Booze isn’t the answer, but what it? Confiscating driving licenses skirts around the real
issues.

Making regular trips home would be a good start, but do drivers actually want that? They’d
obviously love to see their families, but they wouldn’t be earning.
It’s about improving the lives of drivers in Europe. But it’s complicated and always comes
back to money. But we really do need some answers…