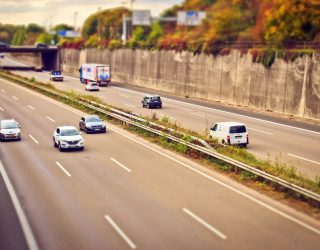 If there’s one thing sure to top a survey of most annoying driving habits, its middle-lane drivers. It’s certainly up there with my top bugbears.

Hogging the middle lane of a UK motorway has carried a £100 fixed penalty notice since 2013, in Belgium the fine is 55 Euros. The Netherlands has some of the highest fines for traffic offences – but these tend to focus on speeding, rather than middle-lane driving.

Regardless of whether or not there is a penalty, offenders keep offending but fines are not being issued.

In the three years after the law was enforced in the UK, police issued just 135 on-the-spot middle lane hogging fines. Meanwhile in Belgium, police say they have better things to do. I’d say they’ve got a point…

So why do middle lane hoggers make us so angry? Hmm, where to begin…

Firstly, they seem totally unaware of the congestion they cause behind them (if they were in the left-hand lane rather than the middle lane, traffic could overtake in two lanes instead of just one).

They don’t seem to care (or know) about the rules of the road. Everyone else uses the passing lane to… Well the clue’s in the name, isn’t it? And they’re oblivious to the road rage they create as they cruise down the centre of the road. In some ways, I guess it really is quite a skill.

With the number of traffic police decreasing and cameras unable to catch offenders, it looks like we’re stuck with the middle-laners for now.