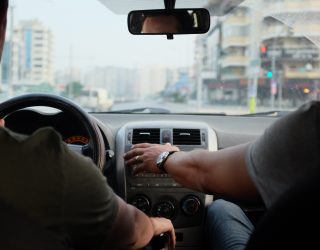 Some songs are more dangerous to listen to behind the wheel than others.

New research has revealed that fast tempo songs are more likely to make you drive faster. Scientists at South China’s University of Technology found that songs with more than 120 beats per minute (BPM) have a negative impact on driving style.

In other words, faster songs cause faster driving speeds and more dangerous manoeuvres.

Researchers used a simulator to create a six-lane motorway, with participants at the wheel for 20 minutes while listening to a range of music or in silence.

The average number of times participants switched lanes during this time was 70. However, that figure doubled and their speed increased by an average of 5mph when drivers were listening to rock music .

Green Day’s American Idiot was deemed the most dangerous song to have blasting out of the speakers, while Led Zeppelin’s Stairway to Heaven was the least dangerous.

The top five most dangerous songs to drive to are:

The five least dangerous songs to drive to are:

Speaking about the findings, Qiang Zeng, a lead researcher at the South China University of Technology, said they could change driver training methods in the future.

According to Zeng, the results could steer “training and management measures, especially for transport operators, and could mitigate the risk of driver distraction.”

What do you think? Is that music to your ears?