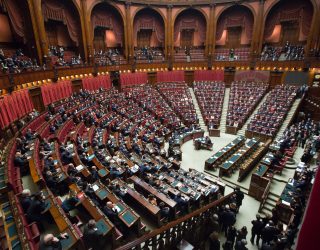 Trucking and politics aren’t two things you’d normally associate with one another. But they have become intrinsically linked in the debate over new EU transport industry rules.

The future of Bulgaria’s large number of low-wage truck drivers became a top campaign issue in the European Parliament elections. The debate centred on how new EU rules could threaten workers and widen the gap between richer and poorer nations.

The European Commission’s proposal to restrict freight transport is designed to ensure drivers have enough rest time and distances are limited. However, it is seen as a threat to Bulgaria’s truckers.

Bulgaria’s transport sector employs around 200,000 people and accounts for 15% of GDP, but the new rules could create challenges for the country’s truck drivers. The rules require truckers to spend rest times in hotels rather than in their cabs and could see Bulgarian drivers returning home every three to four weeks with an empty truck.

The result could be thousands of Bulgarian workers and haulage companies relocating to wealthier countries to be closer to the markets they are working with.

Those who oppose the new EU rules say they are protecting wealthier countries like France and Germany from the competition posed by low-wage countries such as Bulgaria.