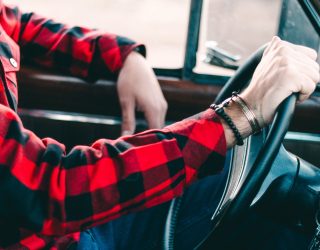 All ages is an interesting one. Considering this is an industry that has been growing increasingly concerned about the driver shortage for some time, not a huge amount has been done to solve the problem.

A bit of work has been done to recruit ex-military, women and immigrant workers into driving careers, but the shortfall hasn’t come close to being plugged.

In the US, however, new legislation is working its way through Congress that would reduce the legal interstate truck driving age from 21 years to 18.

Perhaps unsurprisingly, it is being met with a mixed response. For many, the idea of putting 18-, 19- and 20-year olds behind the wheel of HGVs is a scary proposition.

But surely, with robust qualification and training, apprenticeships, mentoring and more, the potential risks can be minimised. And it’s worth noting that cars cause a higher percentage of accidents on our roads than trucks. Just saying…

As more and more of the world’s experienced truckers reach retirement age there are going to be serious consequences if we do not find replacement truck drivers. Where to begin?

Things won’t get to where they need to be (and by ‘things’, I mean virtually everything any of us touches each day). Prices will go up. Manufacturing costs will increase as a result of higher transportation costs. And even more trucking firms will go out of business – meaning less competition for the bigger carriers. The list goes on…

There are plenty of tech firms that think they have the answer. Autonomous trucks are seen by many as a positive for the industry (unless you’re a driver who suddenly finds their job is at risk down the line).

The threat posed by driverless trucks remains some way off (at least a decade according to many experts) so something needs to be done to plug the gap in the meantime. Younger drivers could be the answer.

All we need to do now is convince them that it’s a job they want to do. I’d say the industry has got its work cut out.