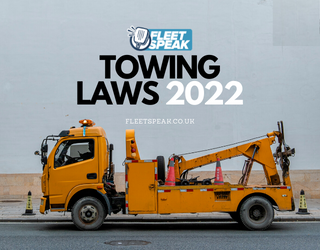 No matter if you are planning to tow a caravan on your summer holidays or going to tow a trailer filled with goods for work, it’s crucial to remember what vehicles your driving licence entitles you to drive. The towing laws in the UK are supposed to change soon.

In September 2021, the UK government already gave the notice to scrap the extra test for towing trailers up to 3,500kg, an initiative that the safety Institute convicted Advanced Motorists (
IAM) RoadSmart.

If you plan to attach any type of small trailer, caravan, horsebox or be it a boat behind your vehicle, we will cover everything you need to know before setting off for the day.

READ MORE: How to Consult a Driving Theory Test Practice for Your Vehicle

Towing Laws – what can you drive legally?

Drivers who have passed before 1997

It’s essential to get a full driving licence to entitle yourself to tow any type of vehicle. If you have passed the test prior to 1997, you are entitled to drive a vehicle and a trailer with a combined GW of 8.35 tonnes max.

This Maximum Authorized Mass (MAM) would cover nearly everything you need, covering the large 4x4s or vans pulling bulky boats or caravans. As a matter of fact, to reach near the desired limit, you’re expected to drive at least a 7.5-tonne truck. Despite that, if it’s fully loaded, the limiting capability of your trailer will be three-quarters of a tonne.

Drivers who have passed after 1997

If you have passed the test after 1st January year 1997, the MAM limits the GW to 4.25 tonnes, only enticed with a towing vehicle of 3.5 tonnes, limiting the trailer to 750kgs. If you are planning to pull a trailer that is over 750kgs with a driving licence of 1997 and after, the MAM of the overall towing vehicle & trailer drops to 3.5 tonnes.

Unfortunately, the trailer’s Maximum Authorized Mass (MAM) must be lower than the vehicle’s overall weight to expand this issue. But this should not be a huge concern since most of the car towing ‘on the trailer’ or a caravan towing requirements falls within this framework.

Suppose you’ve passed the test after the year 1997 but are willing to tow goods with a Maximum Authorized Mass (MAM) above 4.25 tonnes; you were previously needed to enhance your trailer rights through a B+E trailer test (An additional driving test done within £115 through DVSA Bus and Lorry test centres) But, the test has been scrapped in anticipation of enforcing new laws.

Once the new laws are enforced, drivers who have passed the test after 1st January 1997 will be able to tow a trailer with a max weight of 3,500kgs (no additional training included). The B+E licence category will be automatically included within the test.

We suggest you do not be tempted by these law changes prematurely and take any advantage because you can still be charged £1,000 and get six penalty points on your licence if you happen to tow anything heavier before the laws change.

To avoid getting hefty charges & points on your driving licence, here’s what you can tow after the 16 December 2021 law change explained by the UK government.