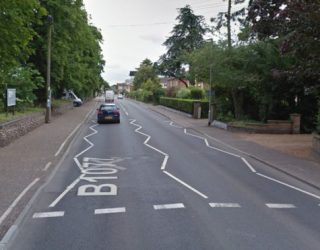 A fatal incident involving a pedestrian and a heavy goods vehicle has prompted a change in driver training in the UK.

BBC News reports how Dudley Howe, 82, was killed after walking in front of a stationary lorry in queuing traffic in Attleborough, Norfolk. Dashcam footage showed how the HGV driver hadn’t seen Dudley walk into the road which caused the fatal collision.

Driver Simon Rayner was cleared of causing death by careless driving, but a jury heard he would have seen Dudley had the lorry’s mirrors been correctly adjusted.

It’s a horrific incident, made worse by the fact it was deemed avoidable.

To prevent similar incidents happening in the future, the Driver and Vehicle Standards Agency (DVSA) said it would add questions to the theory test for large vehicles.

The agency’s swift action follows Norfolk Coroner Jacqueline Lake filing a report warning of a risk of further deaths if action was not taken.

She raised the matter of the use and positioning of mirrors that show the area immediately in front of the lorry.

DVSA chief executive Gareth Llewellyn said changes to the theory test would be effective from autumn this year.

In his formal letter, Llewellyn highlighted how lorry drivers must complete 35 hours of periodic training every five years to maintain their driver certificate of professional competence (DCPC), which “typically highlight the blind spots around a lorry’s cab”.

In addition to the change to HGV driver training, the DVSA spokesman added that the agency would also highlight the need for drivers to make sure mirrors were properly adjusted on each journey as part of a social media campaign within six months.

Ahead of that campaign, we’re urging all HGV drivers to ensure they’re adjusting their mirrors prior to each journey to eliminate blind spots.