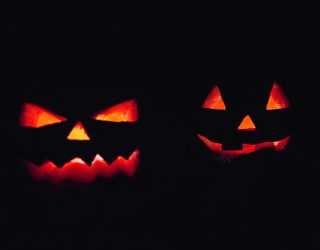 When it comes to haunted stories we are always up for a good dose of chills, especially if it’s about trucks and haunted roads. With Halloween passing by, we thought it might be interesting sharing some blood-curdling and frightening horror stories all about trucks.

“I live out in the country, but not like the deep woods or anything like that; we have neighbours that live close by, although there is a cemetery about a mile away walking distance. About six or seven years ago I decided to ride my bike for exercise just at the entrance of the cemetery and back.

One early evening I saw this all green and white striped truck, and there was a pretty young guy driving it. I then heard the engine that was coming right at me, then I turned all of a sudden towards the cemetery, there was no dust flying from behind it or anything like that. I pedalled my bicycle as fast as I could. I’ve never been so scared in my life. It was just so creepy. I’ve never seen that truck again until 2005.

My sister and I were outside and it wasn’t quite dark yet and we saw the same truck coming down the road. It reached my mum’s house and then disappeared. We kept waiting and waiting, but nothing. We were pretty freaked out and my sister and I started to talk about spooky stuff. I mentioned the truck episode to her and then we saw it for three nights in a row. It would come down the road and disappear.

Well, on the forth night, with no sight of the truck, we decided to go and find the truck. Fortunately for us, we didn’t find it. I haven’t seen that truck since then. I will probably see it tonight just because I mentioned it.”

“My adopted mum was travelling on a road when I heard of the horrendous accident in the middle of the road at 9:30 in the evening. The traffic went from 70 kilometres per hour to brakes, and there were two 18-wheelers in front of her and three cars in front of them. You can only imagine the outcome. The 18-wheelers had to stop so quickly that the trailer swung around and cleared everything within its path, including the cab of the truck. Luckily, my mum was able to stop just in time due to the smart distance that she kept far enough away that she was able to stop. She has driven a truck for 20 years.

As she pulled off the medium, she noticed a man standing six feet from her trailer wondering how a man got to the trailer so fast and without her seeing him. She said he had one hand across his chest and one hand in his pocket looking confused. The rescue team was on the way while the police were questioning the accident. One walked out to my mum and asked “what happened here?” and while she was telling them what happened, she mentioned “someone needs to check that guy out back on my trailer, he looks very confused, he might wander off in the traffic”, and by then he had vanished. The cop said “what man?”. The officer got a description so detailed down the facial hair and shoes, he walked away for a minute and came back and said “the man you described is the owner of that wrecked 18 wheeler and was found dead at the scene”

“Three years ago I was working for a warehouse company doing shipments. It was a cold Monday night and I was driving, I was starting to feel very tired but the destination was less than 1 hour away and I didn’t want to pull off to sleep. I figured I could do it. My truck was the only vehicle on the road and I almost spit my water when I saw a figure approaching fast in the distance. I hit the brakes hard, and as soon as the truck slowed down, I could barely distinguish the features of the figure in the middle of the road. He seemed to be wearing black with some kind of scarf around his neck, and he had an unnaturally long neck. His face however was complete blur. As my truck slowed down I got closer to this mysterious man, I asked if he needed a ride but he turned left and got into the woods. I was so scared I just pressed the gas and moved on. Not too long after that I saw like an animal crossing the street and getting into the woods, but then I realised it looked like a person. I was freaking out but I only had 40 minutes left before the delivery. I pulled over to sleep, I rested for less than one hour, something woke me up and I felt in my guts to leave the truck stop park and go back on the road but as soon as I started the engine, a man was standing in front of the truck. Same man, with the black scarf and the long neck. Now I could see his face much clearer, he had a very white smile and his eyes, wide open, were looking at me. I pulled the truck out and started driving again. I didn’t know what to think. I didn’t stop that night until I made it to my destination. I haven’t seen that man ever again.”

And you? Did you ever experience something similar? If so, let us know…