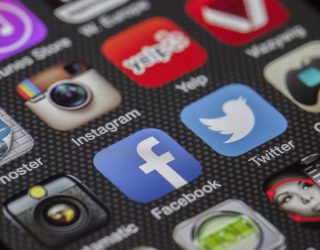 The world of social media is cut-throat. Over the years, numerous social media sites have fallen by the wayside. Many have flourished too, but even the behemoth that is Facebook has not been immune to controversy – a victim of its own success, if you will.

There have also been an array of social platforms designed with a specific occupation or industry in mind. Architizer.com for architects, Sermo.com for physicians, and ResearchGate.net for scientists. Not all have succeeded, of course, but it does feel like the time is right for a unifying social platform that is created specifically with truckers in mind.

While some industry-specific networks serve the periphery of their designated sector, a truckers’ social network would be platform that served as the heart of the industry.

A place for conversation, but an environment in which business is conducted too.

An app that allows drivers to bypass all the middlemen has got to be a good thing. And what driver would miss the chance to connect with other drivers? As well as encouraging better communication and transparency across the industry, such a network would also allow truckers to take control of the industry and boost productivity.

You could think of it as the modern version of CB radio. A simple way to share real-time information about road conditions and connect with other drivers who are dealing with similar challenges on the open road.

With a trucking social network in place, information-sharing between drivers would be simplified, traffic and weather reports would inform routes quickly and effectively. And let’s not forget that a community of drivers connecting with one another sounds like a lot of fun.

Such a network could also be used to deliver discounts, rewards, and event information direct to drivers via in-app tokens or vouchers. This would help streamline all transactions – from contracts and petrol to meals and other trucking essentials.

Granted, there are some social networks out there that are dedicated to truckers, but how popular are they? You Truck Me is one example, but how many people do you know that use it?

So perhaps, it is a case of truckers getting on board with the idea. After all, a social media platform is only going to be successful if people sign up to the network and use it regularly.

What we need is a driver-centric social network that is part of the trucking ecosystem and sits at the heart of driver and industry interaction. The key to success is a network’s ability to empower the truckers themselves.

What would you think about a social network for truckers?