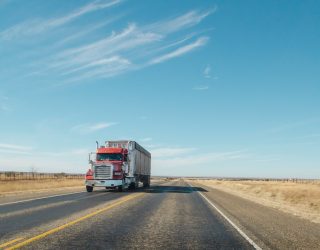 The trucker shortage is now spreading across Europe at an alarming rate, says a report from the International Road Haulage Union (IRU).

There is currently an average of 21% shortfall of truckers in Europe, according to Tackling Driver shortage in Europe. In other words, for every five driver vacancies, only four are filled.

The crisis is at different levels in different countries. In the UK, the industry is losing 50 drivers a day. In Germany, around 185,000 positions will be empty by 2027. while in Romania, the driver shortage is 37%.

If things carry on as they are, states the report, we can expect a shortage of nearly 70% in the near future.

The report also pinpoints the key challenges for driver recruitment. These include: poor public perception of the job; tough working conditions; an aging workforce; and the difficulties in attracting younger drivers and women to the industry.

The report notes: “In Germany, for example, while young people are required to select a career path by the age of 16 or 17, bus and coach drivers have to be at least 21 before they can enter the profession.

“Therefore, most young people are already on alternative career paths before they reach the legal age to qualify as drivers.”

Other barriers include the £3,000 driver qualification cost in the UK.

In reference to attracting more women, the report suggests that better security and driver facilities could attract more women and be beneficial to the industry as a whole.