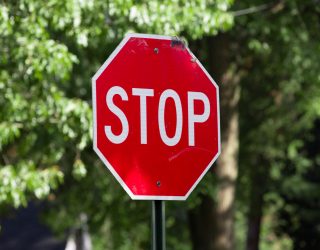 A German trucker has been hailed a hero after he leaped into a moving tractor-trailer after its driver collapsed and died at the wheel.

He successfully managed to bring the vehicle to a stop before it caused an accident or anyone was injured.

The 40-ton vehicle was scraping along a central barrier on the A1 Autobahn when it was spotted by truckers. They quickly set to action, working as a team to stop the runaway truck. While some created a slow-moving shield to prevent other vehicles from passing, one trucker attempted to board the moving driverless vehicle.

The trucker jumped from the bumper of a police van onto the truck, smashed the window, and took control of the vehicle.

Rescue teams were unable to resuscitate the vehicle’s driver.

Would you be able to keep such a cool head in a similar situation?