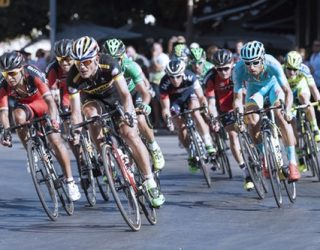 Motor company Ford has been encouraging truckers to swap wheels with cyclists as part of its ‘Share the Road’ campaign.

Ford’s operations team partnered with the London Cycling Campaign (LCC) to bring the WheelSwap VR experience to life, giving cyclists the opportunity to experience a journey from a trucker’s perspective, and vice versa.

Issues that were highlighted as part of this exercise included the vision of a truck driver, situations where a cyclist is not visible to the driver, and trucks leaving a two-metre gap when passing a cyclist. Road infrastructure was also discussed, as cyclists often ride more centrally in the road to avoid potholes and doors opening when vehicles are parked.

He continued: “A greater understanding of the reasons behind cyclists’ actions is very helpful for an LGV driver as we decide on how to approach certain situations.”

8% of road deaths in Europe are cyclists, and the EU is working hard to make cycling safer across the continent. Programmes such as WheelSwap are designed to place truck drivers and cyclists in one another’s shoes and avoid collisions.

Would you be up for swapping wheels with a cyclist for a day?