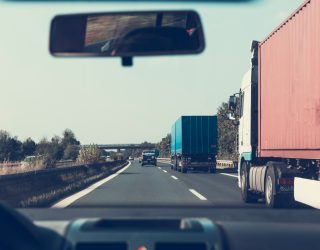 Truckers are having to make some significant sacrifices at the moment, with many working long hours to keep supply chains flowing during the coronavirus crisis. One driver even missed his daughter taking her first steps.

Ben McEwan, who delivers full supplies across the UK, has been self-isolating in the cab of his vehicle for the past four weeks. He said he had “no choice” but to keep his distance from his family because he might have been exposed to the virus, BBC News reports.

As anyone with a young family knows, it’s impossible to maintain social distancing at home, without perhaps secretly locking yourself away in one of the rooms when you’re not working.

Ben said he would have love to have seen the momentous moment in his one-year-old daughter’s development – but safety comes first.

The driver says he gets his head down at his employer’s headquarters in Whitland, as well as in lay-bys across the UK rather than official lorry parks which charge a pretty penny.

When it comes to food, he has a built-in microwave and refrigerator in his lorry to keep him going. Not a bad little set up really. But fingers crossed he makes it home soon.