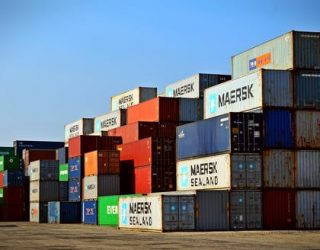 New research has revealed the number one threat to trucking operations around the world: hijackings.

A report by BSI Supply Chain Services and Solutions and logistics insurer TT Club revealed that violent truck hijackings account for 24% of cargo theft incidents around the world. Thefts from facilities (18%), theft of vehicles (15%) and slash and grabs (15%) were also identified as serious threats.

Cargo Theft 1H 2018 found that the food and beverage sector suffers the highest rates of cargo crime (27%), with consumer products and electronics also being targeted by criminals.

In terms of the value of items stolen, South America tops the list, followed by North America and then Europe.

The lack of secure parking is a key driver of cargo thefts in Europe. The report identified driver-hours regulations as something that exacerbates this issue, as drivers are often forced to stop in vulnerable locations.

In the first half of 2018, thieves in Europe targeted cargo trucks in 86% of incidents, using slash and grab in 48% of incidents. The prevalence of soft-sided trailers in Europe makes this tactic particularly effective.

According to the report: “It is much easier for thieves to target an unsecured cargo truck than it is to infiltrate and steal goods from often more-secured warehouses and other types of supply chain facility locations.”