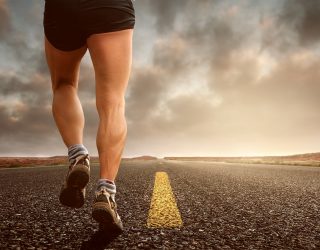 The lives of identical twins has been placed under the spotlight in a recent study. One twin works as a truck driver, the other has spent the last 30 years training as an ironman triathlete.

The study, published in the European Journal of Applied Physiology, focuses on two 52-year-old males in an effort to find some answers to the long-standing nature vs nurture debate.

The research was carried out by scientists at San Francisco State University and studied the twins’ physiques, blood profiles, cardiovascular and pulmonary health, skeletal muscle size, strength and power, and muscle health.

The findings of the study were perhaps as expected. The athlete twin was found to be in better overall health with lower cholesterol, blood pressure and body fat. However, the truck driver had considerably larger and stronger leg muscles.

A good indicator of overall health is known as the VO2 max. This is the maximum rate of oxygen used by an individual during an intense period of exercise and gives an indication of cardiovascular health and muscle efficiency.

The truck driver’s VO2 max was about average for a man of his age. However, his twin’s VO2 max was more akin to that of a 30 year old. In the words of the researchers, ‘he was like a machine’.

In all fairness, the trucker twin isn’t doing too badly in terms of health, but the findings have meant he is walking more than he used to.

The scientists will continue to assess the twins every five years to gain more insight into the nature of genetics.

How do you think you’d fare in one of these VO2 checks?