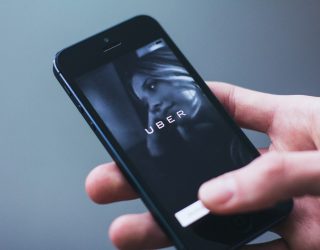 Uber hasn’t got the best of reputations. Five years ago, it turned the taxi business on its head and is now working towards self-driving technology and freight-matching systems.

However, in a recent blog post, the company said it doesn’t expect truck driving jobs to suffer if autonomous trucks were to become more prevalent.

The company says it envisages a shift in the types of driving jobs available, moving away from long haul towards more localised driving. “We would expect to see close to 1 million jobs shift from long haul to local haul,” the company wrote in the blog.

“Plus about 400,000 new truck driving jobs will be needed to keep up with the higher demand” of local freight movement.

According to Uber, long-haul operations are better suited to autonomous technology. However, urban deliveries and journeys to and from transfer hubs “will be hard for self-driving trucks to match for a long time.”

Uber created nine scenarios assessing the impact of autonomous tech on the trucking industry. In all nine, the emphasis moved towards more localised hauls.

These shorter-haul jobs may mean more time at home and more consistent pay, but I’m not sure that’s the full story. Long-haul autonomous journeys will still require at least one human ‘driver’ in the truck (in the near future, at least). What’s not to say drivers won’t be forced to operate 24-hour continuous shifts because they are ‘just’ in the back of the cab?

And anyway, judging by their track record, it’s probably best to take anything Uber says with a pinch of salt.

What’s your view? Do you think jobs are at risk?