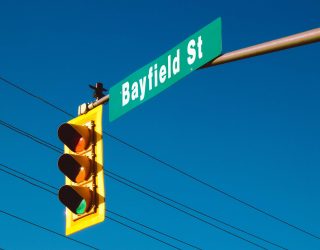 UK drivers could be allowed to turn left when the traffic lights turn red if the new US-oriented road propositions are presented in the UK.

LeaseCar.uk Traffic Consultants have acknowledged the concept of adapting the US-oriented road conventions as they could be a huge convenience for the UK’s rush-hour congestion in massive towns and cities.

The United States road convention, it states legal for drivers to turn right at the red traffic light when it’s safe to do so.

In most US states, it is legal to turn right at a red light if safe to do so. Given that we drive on the opposite side of the road, it would mean making a left turn at red lights would become acceptable in Britain.

Campaigners are sure that doing so would reduce fuel emissions, reduce congestion and ease journey timings.

Having fewer vehicles at red lights to wait would help reduce driver’s pocket’s on fuel and reduce the overall pollution in the area.

Making citizens of the UK turn left would also ease traffic jams in some of the busiest cities in the UK at rush hour, even on the smart motorways and A-roads.

As the move would help motorists get to their destinations much faster, and doing so would also facilitate the economy and promote physical activities.

In the United States (being New York as an exemption), driving on opposite sides of the road allows drivers to turn inside, around the corner to the right when the red light hits.

It’s commonly authorised in many countries around the globe to ease the traffic flow for turning inside when the red light hits, (countries mentioned below).

It’s deemed legal in countries like China, Canada, Costa Rica, the Caribbean, Thailand, Saudi Arabia, Mexico, some parts of Australia and EU countries, particularly at junctions where signs promoting this practice are installed.

Noting that in the United States, turning on red is only allowed after the driver has brought the vehicle to a complete halt and has made sure their manoeuvre will not going to be risky.

The oncoming traffic from the road is being conjoined can retain the right way, and it’s still the driver’s responsibility to give a path to pedestrians who are willing to cross the road.

Adapting this practice in the UK would feel similar to driving through junctions, where particular left-turn already skip traffic lights and making way to join the new carriageway via a give-way traffic sign.