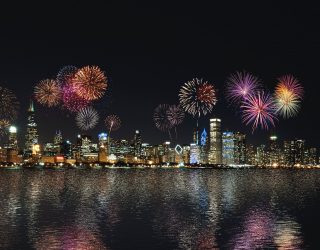 There’s not much cause to celebrate in the event of a traffic accident.

But when the truck in question is one loaded with fireworks, the results would suggest otherwise – as this video shows.

The truck was delivering fireworks from one city to another in Russia in September when it caught fire. The fire, which started in the cab, soon spread to the trailer – and that’s when the flashy spectacle began.

Local news reported that the cause of the fire was unclear and that the driver had escaped unharmed. The resulting fireworks display looked like the kind of no-expense-spared event fireworks-lovers can only dream of.

Hopefully, there won’t be too many disappointing displays in Russia this bonfire night due to a fireworks shortage.