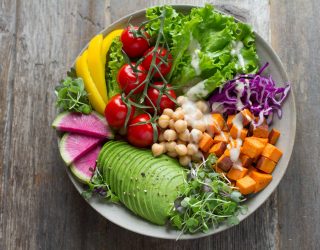 Food isn’t generally a priority for most truck drivers. The focus is getting from A to B. If anything, having a few unhealthy treats is all part of a day’s work.

But sometimes, those unhealthy snacks are more than just treats. They’re breakfast, lunch and trucking dinner. Which is one of the reasons why truck drivers have such high rates of heart disease, obesity, hypertension, and diabetes.

However, that’s not the case for all truckers. There’s a growing trend to eat more healthily while on the road. And vegan truck drivers are becoming a thing.

Yes, following a vegan diet when working in trucking will probably require a bit more thought and effort. But the benefits of eating a healthy diet are not to be scoffed at.

There are plenty of truck drivers who’ll testify that going vegan has been a life saver.

Bobby Anderson, aka the Plant-Fuelled Trucker, is certain that changing to a plant-based diet transformed his life.

He went from being overweight and suffering from sleep apnoea, high blood pressure and depression to being 65 pounds lighter, off his blood pressure medicine and recording excellent cholesterol scores.

Not that he claims it’s been easy. He admits to being a processed food addict and says that truck stops make sticking to a healthy diet even harder. When you’re hungry and a small pot of fruit costs more than two huge slices of pizza, it’s not difficult to decide what you’re going to buy.

But when asked for advice by other truck drivers hoping to shed a few pounds, his answer is clear: “If I can do it, you can do it.

“I was a fat, lethargic, lazy, truck driver that didn’t want to do anything. It’s all you. The most difficult part is staying away from the food that you don’t need to be eating.”

Another health-conscious vegan trucker driver is Shelby, who also runs a website and YouTube channel – Happiness by the Mile.

Sharing her tips about being vegan on the road with others in the trucking industry, she explains that some trucks come kitted out with a small fridge – which makes life instantly easier. However, that’s not the case for all trucks. She stocks up on rice, canned beans and canned vegetables which she cooks in a pressure cooker she keeps in her cab. For snacks, she goes for nuts, granola and the vegan holy grail of hummus and veg sticks.

For some truck drivers, they prefer to eat like a vegan without actually becoming one. Here’s three simple ways you can adopt a more plant-based approach to food.

2 Think about your health: Eating too much meat is linked to many serious illnesses. Think of your heart and do what you can to keep that healthy.

3 Don’t beat yourself up: If you eat a chicken sandwich on what was supposed to be a meat-free day, don’t sweat it. If you’re committed to eating well and feeling fitter, you’ll get there in your own time.

For more healthy eating information, check out our tips on how to eat a healthy diet as a trucker.