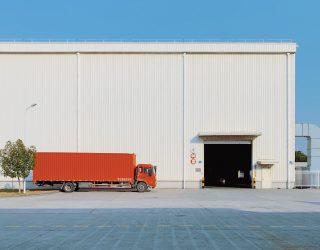 New research suggests that the majority of HGV drivers are failing to carry out walkaround checks of their vehicle before getting behind the wheel.

The survey by vehicle and fleet safety specialist CameraMatics revealed that 55% of those questioned don’t carry out regular walkaround checks on their trucks. Nearly 40% said they never do them, and 15.8% said they rarely do.

At the other end of the scale, just under 30% of those questioned told researchers they always complete checks, with a further 15.5% saying they usually do them.

The survey spoke to more than 500 HGV drivers from the UK and Ireland.

Speaking about the findings, CameraMatics said that walkaround checks should be part of every driver’s daily routine. It also said that the onus was on fleet operators to ensure they have the right processes in place so that checks happen and are recorded.

CameraMatics founder and director, Simon Murray, said: “It’s concerning to hear that over 50% of drivers say they do not carry out regular walkaround checks.”

By completing checks, drivers and operators can be confident about the state of their vehicle.

According to data from the DVSA earlier this year, 85% of defects on trucks can be detected during a walkaround check.

The consequences of getting behind the wheel of a dangerous lorry are serious. Truck drivers can receive an unlimited fine or even a prison sentence if found in control of a faulty vehicle. If an HGV in a dangerous condition is involved in a traffic accident, evidence of previous walkaround checks is required.

The survey also asked fleet managers about their systems for checking vehicles – more than half said they used pen and paper. As Murray points out, using an app to conduct these checks “significantly improves” safety and compliance.

He explained: “As well as giving managers an instant notification of check completion and results there’s also a time and location-stamped record of every check. This can be crucial in the event of enforcement or insurance issues.”