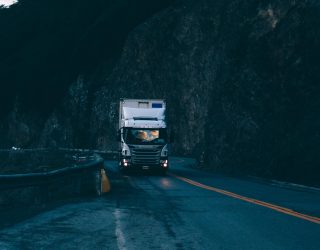 If you’re looking for a career change, you might think about becoming an HGV driver. As far as jobs go, it can be a challenge and it’s not going to suit everyone, but it might also just tick a lot of your career boxes.

As well as playing a vital role in delivering a smooth-running economy, truck drivers are in high demand right now.

It’s time to dispel those misconceptions…

Myth 1: All truck drivers are men

There are some sectors that are seen as male-dominated: trucking is one of them. However, the number of women becoming HGV drivers in the UK is rising. And with the data showing women are often better drivers than their male counterparts, they are giving the men a run for their money. Check out our tips for women wanting to drive a truck for a living.

Myth 2: Driving an HGV is not safe

Considering the amount of training an HGV driver has to undertake, this statement is simply not true. Advanced driver training that continues throughout their career means that HGV drivers are actually some of the safest on the UK’s roads. There’s also the matter of that little black box, continually monitoring their driving behaviour. When you’re working as an HGV driver, there is little room for error.

Unfortunately, accidents do happen on our roads, and yes, some involve HGVs. It’s the law of averages. However, when trucks are involved in traffic incidents, it’s usually the result of another driver being in their blind spot. Bearing in mind the average truck driver clocks up a huge number of miles as part of their day job, the number of accidents involving HGVs are few and far between.

This is a myth that needs to be confined to the bin. Truckers get the opportunity to travel far and wide, experiencing different sights, people and places. Plus, they’re able to listen to music and podcasts while they’re working (although some songs are more dangerous for driving than others). How do you know the next HGV driver you see isn’t listening to Beethoven’s Symphony No.5 in C minor? Or tuning into the latest episode of The New Statesman podcast? Or learning to speak another language through audio lessons? You have no idea just how cultured HGV drivers can be…

Myth 5: Anyone can drive a truck

Technically, this is fairly accurate. With the right skills and training, almost anyone can become an HGV driver. However, not everyone is going to be able to last the distance. Driving an HGV can be a rewarding career, but it also brings its share of challenges. There will be long periods of being in your own company (although there is a strong trucking community and a listening ear when you need it). And road rage (and how to control it) might be an issue. It takes a certain calibre of person to drive an HGV as their day job.

There’s more to driving a truck than just sitting behind the wheel (route planning, loading and unloading, taking inventory, and staying active when possible). But if you’re prepared for what’s involved, who’s to say it’s not the perfect job for you?

Ready to join a community of hard-working, reliable and dedicated people? Then you’re ready to become an HGV driver.