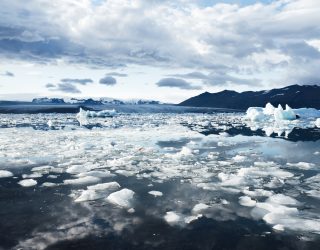 Climate change. It’s not something we like to discuss in trucking. And for good reason…
The industry is a huge consumer of fossil fuels, but solutions to the problem often lead to conversations about driverless trucks – an idea that doesn’t sit well with your average (human) trucker.

We also like to talk about how to encourage more young people to drive trucks. The only problem is, climate change is something that many of those young people feel really passionate about.

How is an industry that appears at odds with climate change – and worse still, seems wholly reluctant to acknowledge that fact – ever going to attract an age group that is so devoted to saving the planet?

It’s a tricky one…

Of course, there are plenty of trucking companies that are having conversations about climate change. And there are lots making significant efforts to reduce emission and fuel costs because they feel a sense of corporate social responsibility (not just because they want to protect the bottom line).

However, it is the companies doing the most to move away from fossil fuels that drivers often feel less inclined to talk about. We’d rather roll our eyes than discuss their merits.

Perhaps, the industry needs to stop recruiting young people simply to drive trucks and start demonstrating that truck drivers can make a positive impact on the planet too.

Some might argue that the industry is its own worst enemy. In its efforts to develop technology that is more fuel efficient, it has given the impression technology is better than an experienced driver. Something that is clearly untrue.

No technology comes close to challenging the performance of a human driver. So why would any industry do its best to alienate the very people that are central to its operations – in this instance, its drivers?

There are plenty of drivers who are open to new technology. But they want to be able to interact with it, understand it, and make it more than what it already is.

The same can be said for the next generation of truck drivers; they want to feel they are making the world a better place, and if technology is the way to do that, they say, ‘bring it on!’

Reducing carbon emissions doesn’t have to mean fewer drivers. If anything, drivers are the key to its success. When drivers are given the training, respect and responsibility needed to do their job well, they will respond with loyalty and commitment. (Better pay will also do the job, but that’s a discussion for another time).

Of course, alternative fuel technology needs to become more of a viable option before it can be adopted by the industry. But while that happens, the industry can show its support for these environmentally-friendly innovations.

It can treat existing (and future) drivers with respect. And it can show the world that the trucking industry can make a real difference to the world around us.

Talking about climate change might take you out of your comfort zone, but your experience as a driver can keep the conversation on track.