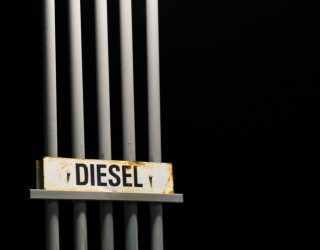 If I didn’t know better, I’d say vilifying diesel had become a national pastime for politicians. But experts are warning that if this demonisation continues, much of Europe’s economic backbone could be broken.

Diesel vehicles are being driven off our roads at local and national levels. But how much consideration has been given to the millions of commercial vehicles delivering goods?

No one is denying that diesel is a serious problem – it produces high levels of CO2 emissions and is linked with cancer. But until there is a viable alternative, politicians need to take a more reasoned view of diesel.

The anti-diesel diatribe fails to recognise one vital fact: diesel plays a central role in keeping Europe moving and remains the most efficient fuel for long-distance deliveries on motorways.

Electric trucks are an option, but a large amount of space is taken up with batteries – space that could be used for freight. Fewer goods in a truck means more trucks on our roads, creating more congestion and other issues.

In the UK, for example, 98% of deliveries are by truck. Some smaller and medium-sized businesses simply cannot afford to upgrade their vehicles to more environmentally-friendly models.

Commercial vehicles have been described as a ‘Cinderella service’ because their role in society is so often overlooked. It’s a shame there’s no fairy godmother to solve the problem.