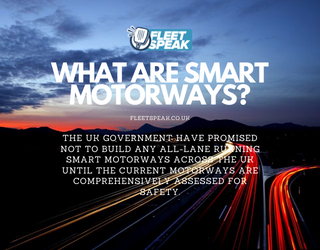 The UK government has promised not to build any all-lane running motorways across the UK until the current motorways are comprehensively assessed for safety.

The lanes use a rigid shoulder as an extra lane in the traffic but have been criticised as a cause of many unfortunate deaths.

Part of the smart motorway masterplan is vehicles use the hard shoulder during busy periods. Great idea. But what happens if you break down? ERA, that’s what. Let us elaborate.

What are smart motorways?

A smart motorway is a road spread equipped with modern technology to regulate traffic flow and possibly reduce congestion. Here are the three main types of smart motorways:

All three motorway types use an overhead platform to direct drivers. To control the rest of the traffic, variable speed limits are objected to when congestion is needed. If found any hazards further on the way, speed limits can be flexible as speed cameras control them.

While the traffic is on dynamic motorways, the overhead platform also suggests drivers to whether drive on the hard shoulder or avoid it. The red X is indicated if the lane is closed. Reasons could be due to an accident or a vehicle breakdown further. Using a closed-circuit television, the traffic on the lane is monitored.

The goal is to guide the drivers into an emergency refuge area at intervals along the road if they get into any troubling situations.

In conclusion, all the lane running schemes are operated under the same rules; the only difference is that there is no shoulder used.

Where are the existing smart motorways?

Since 2017, the UK government figures have outnumbered by estimating the longest motorway in the UK at a staggering 246,700 miles that is (397,025kms)

Whereas a vast 87.3% of the overall length can be found on short roads, making the handful of the country’s significant roads an excellent cross-country drive.

The smart motorway has vastly spread across 375 miles in England, while 235 miles are covered without a hard shoulder.

The primary stages of the controlled motorway were established on the M25 in 1990. Today the entire smart motorway route is constructed of either a controlled or an all-lane running segment.

The Dynamic segments are currently being eliminated and replaced with an all-lane running alternative. As widely constructed they are, we can easily capture their length along with the M6, M42 in the Midlands and the M62 in the outskirts of Leeds and Bradford.

Along with other sections of the M6 road, The M1, M3, M4 and M6 have all been converted to either a controlled or an all-lane running alternative, including parts of the M62 and M42.