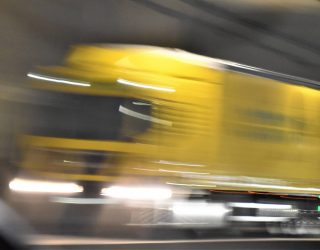 Britan’s main highways and urban paths have speed limits set for all vehicles passing by. As subtle as the law sounds, It’s also subtle to find out what are speed limiters.

It’s also true that any driver can lapse their concentration & unintentionally break them. Besides the speeding tickets taking a toll on your wallet, it’s far more dangerous for people who use roads daily.

Fortunately, along with cars and bikes, many heavy vehicle drivers can now use a speed limiter function to prevent the fleet from exceeding a particular area’s speed limit.

What are speed limiters meant for?

A speed limiter is an adjustable and intelligent device that makes long journeys safe and easy. It’s a relief to have such a safety device as it can take all the care for checking speed so you can keep your eyes on the road without restricting the option to exceed the speed limit.

Another fair advantage of having speed limiters is to skip the risk of getting a speeding ticket & penalty points on your licence. Such facility is crucially essential in town or motorway roads where the speed limit is relatively lower than average.

What type of speed limiters are used in fleets?

Now that we understand what are speed limiters, let’s look at some types. Fleets & vans usually have intelligent ‘ISA’ speed-limiting systems where car manufacturers use intelligent speed limit systems.

Along with the two essential types, the adjustable speed limiter is by far the most commonly used as standard equipment in late manufactured vehicles.

The adjustable system allows the driver to set the maximum speed limit and usually drive without any worries. If the vehicle reaches the max speed limit, it will restrict the vehicle to go any faster.

Even though the driver presses the accelerator gently, the adjustable systems will make sure to halt at a certain speed.

When you are driving in traffic, the speed limiter will remain active, but at such times, you’ll need to adjust the speed limit when it changes in certain areas. While driving lorries, if you need to speed up quickly if you think the speed is too slow, you can speed up by pressing hard on the accelerator.

Big manufacturers like ford motors use the intelligent speed limiter, used mainly in cars and vans where a camera is used to detect speed limits in certain areas and automatically adjust the speed accordingly while keeping the driver’s attention.

As for being the lead in assessing and rating new cars’ safety performance, Euro NCAP has become an enthusiastic supporter of a ‘voluntary set’ speed assistants to help drivers control their speed on roads.

According to the europian union, all the fleet businesses are being urged to prepare their drivers for intelligent speed assistant (ISA) systems that will be fitted as a legal requirement from July 2022.