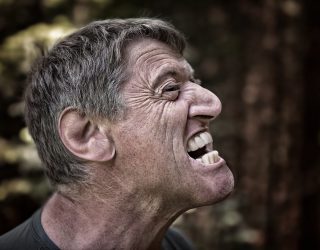 Driving can be bloody awful.

Not just because of the risks involved (there were 1.35 million road traffic deaths globally in 2018). Or because the roads are so damn busy (road congestion cost the UK economy nearly £8 billion last year).

No, that’s only part of it. Driving is horrible because it can make people so angry.

Road rage is, unfortunately, part of driving any vehicle. Not so much the full-blown road rage arguments that can take place between drivers. More the passive displays of anger. A prolonged blast on the horn. A casual ‘mother f*cker’ shouted out a window. Or an aggressively raised middle finger.

The annual RAC Report on Motoring reveals road rage has become a growing concern, with 8% of drivers identifying it as their number one worry behind the wheel.

Some of the most common ways for road rage to manifest are rude gestures, honking and tailgating. However, people are increasingly seeing texting while driving as aggressive.

How to control road rage

We’ve all seen it. Many of us have experienced those feelings of rage behind the wheel for ourselves.

The trouble is that road rage isn’t necessarily emotion caused by the actions of another driver. That’s just the trigger. We could be feeling angry about something work-related or upset about a disagreement with a friend or partner. Either way, those negative feelings can sometimes spiral out of control and we are too quick to take the actions of fellow road users the wrong way.

Here’s how to control feelings of road rage:

1 Make sure you get enough sleep

Yes, I know. Getting enough sleep is easier said than done as a truck driver. But always bear in mind that not having enough sleep can make you irritable and therefore more likely to overreact to something that on another day would just pass you by.

2 Listen to a podcast or audiobook

Place your focus on something other than the road – namely a podcast or audiobook. By tuning into a story, topic or learning something new means you place your attention on that rather than rage. All that and you can still give plenty of attention to the road.

Ask yourself questions like: “Would I gain anything from becoming angry?” Or: “What does ‘getting even’ accomplish? Take a few deep breaths and tell yourself: “I’m not going to let this get to me.”

4 Put yourself in the place of the other driver

Try to imagine what might be going on in other people’s lives to cause them to drive so erratically. Creating a story about them can allow you to continue on your own journey in peace. Perhaps they are desperate for the loo. Maybe they had a pregnant woman in labour on the backseat. Basically, let your imagination run wild.

You might be a rager, but I bet you wouldn’t punch someone in the face for stepping onto an escalator in front of you.

And if you see someone behind the wheel who looks like they are taking a few deep breaths, say a thank you or let them pull out in front of you…