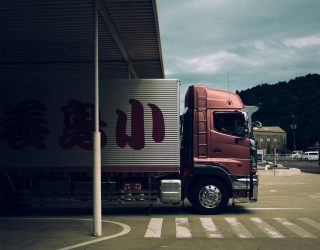 Lots of us name our cars and trucks. It’s fun and whether you drive for a living or not, it’s nice to feel like there is a bond between human and machine.

In the US, there is even a day dedicated to naming vehicles: Tuesday 2 October was National Name Your Car Day.

This year, the accompanying survey confirmed that 42% of drivers in the US named their vehicles, with 73% saying it “fosters a stronger bond”.

The majority of drivers questioned (55%) revealed that they had chosen female names for their vehicles, with Betsy, Betty and Baby some of the most popular names for pickup trucks.

78% of respondents who have named their vehicles said they know someone else who had also given their vehicle a nickname. And 56% agreed that the vehicle’s personality, make, model and colour influence their choice of name.

One company with a long-running tradition of naming trucks is UK-haulage company Eddie Stobart. The company started naming its fleet in the 1960s, with the first three trucks named Twiggy, Tammy (Wynette) and Dolly (Parton).

These days, it’s not just cars and HGVs that get the naming treatment. Bin lorries, ice gritters and more are often given quirky names.

What are the best truck names you’ve ever heard?