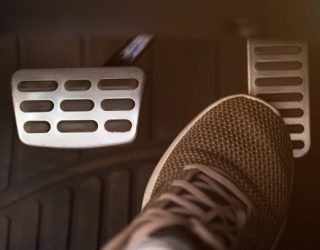 What does coasting your fleet mean and is it good for your vehicle’s reliability?

Coasting could be a habit acquired by fleet drivers daily, which could be a concern. Excessive coasting can cause a potential hazard as it could fail a driving test.

The below article explains what is coasting and the impact it has on driving.

Coasting, in simple terms means, releasing the accelerator pedal while the vehicle is in gear and then using the engine, letting it gradually lower the speed.

In this process, no fuel is insinuated into the engine consuming little to no fuel, but there’s more to it.

What is coasting driving?

What exactly happens while coasting driving?

Well, the outcome of coasting while driving is that your wheels are not practically engaged with the engine, creating slowing down impossible by using the engine braking.

The vehicle is to be taken down the steep with the help of gravity and vehicle momentum.

Is coasting considered against the law?

While it is not considered illegal to coast down the slope, however, if you cause a casualty and the vehicle goes fully out of control it’s highly possible that the offence is committed.

There are many ways to reduce fuel consumption. But, current-era fleets are equipped with Electronic Control Units (ECUs). When the engine is engaged, these smart devices lower the fuel consumption when the accelerator is not depressed in situations such as down hilling.

But, just in case you are coasting in neutral driving down a hill, is it wrong?

Why is coasting driving in neutral bad?

While travelling in neutral with your foot off the accelerator disconnects the engine from the wheels, meaning the vehicle uses a limited amount of fuel and cannot get the rotational power needed. Essentially keeping the engine turned on and maintaining an idle position rather than draining the vital power from the engine.

A comprehensive read on the dangers of coasting is available in the UK’s Highway Code Rule number 122.