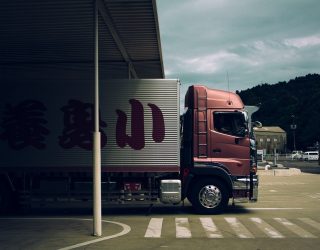 Bridges can be a pain, can’t they? How many times have you been stopped from taking the quickest route or avoiding heavy traffic because of a low bridge?

But while most truck drivers know which bridges are a no-go, there are plenty who seem to carry on oblivious. In the UK, for example, a truck hits a bridge every four and a half hours. I’m not even joking.

When trucks hit bridges, not only does it mean traffic delays and congestion, but it can cause thousands of pounds to inspect, repair and maintain the damaged bridges. In the worst cases, it can cause the bridge to collapse. So can technology help?

A collaborative project between the Construction Information Technology Laboratory at the University of Cambridge and London Underground could be the answer. By using computer vision to detect vehicles that are too high at the same time as capturing number plates, drivers can receive a personalised warning allowing them to exit the road and seek an alternative (less destructive) route.

If a collision does occur, the system is also able to report offending vehicles to the relevant bridge authority. As a result, the number of collisions with bridges can be reduced and offenders fined if they have caused damage.

For some, there are simpler ways of tackling the problem. For example, one answer is a banner warning drivers that if they hit the sign above them, they won’t make it under the bridge ahead of them.

Both solutions sound pretty effective to me…