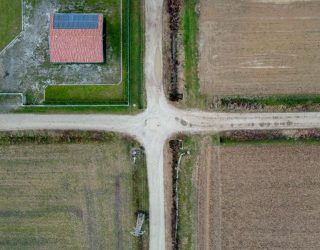 Unmarked crossroads are quite an exception considering not many of them are covered in the UK. Nonetheless, they spread across the way without any road signs, traffic signals or white lines between the road, making it bleak to choose who has the rights while travelling on them, which might lead to an accident or a fatal injury.

Most of the time, facing them would feel chaotic and a little out of sight frustrating. Experienced drivers have also wrecked the fleets with significant damage over time.

Fortunately, even in such vague situations, we can override your fear or confusion by ensuring it doesn’t have to be that way. Let’s explore driving principles, or so to say, clues you should look for while going in these unmarked crossroads.

What are unmarked crossroads?

Crossroads are the type of roads that goes in different directions opposite of each other, which at some point ‘intersect’ within the way by forming a perfect cross-like shape or sometimes staggered. Now, you may usually find some traffic signs that indicate crossroads ahead, but, in rural areas, there are no signs and signals which are expected as ‘unmarked crossroads’.

The consequences could be dire when the routes are unfamiliar. You might end up into one without knowing you’ve entered, which could be hazardous territory account some vehicle/vehicles crossing your path.

First things first. You need to keenly observe the area while driving as it’s crucially important to look for road signs and not miss them. Observe and study the landscape around you on the go like fences, gaps, buildings or hedges as they could give a hint of what’s before you. Look for the traffic around you. You know it’ll be a junction coming up when another vehicle is making a turn to join your path. These usual practices might help you a lot before you find yourself in the unmarked crossroads.

Stuck at a crossroad overnight and need a transit cover to avoid unfortunate damages? Read here to find your suitable goods in transit insurance cover.

Who has a priority at unmarked crossroads?

According to road rule-146, no one has a priority at an unmarked crossroads, which indirectly means you don’t own any fundamental rights to emerging onto the intersection before any other vehicle. The same goes for the other vehicles as well.

That being said, you can apply the general rights of road principles used at the normal crossways with road signs. Consider the rules in a broad sense and be aware that not every driver on the crossroads will be on a similar grasp as you.

The situation might get a bit more confusing when you and some other vehicle arrive at the exact time at the junction and decide who should proceed first. In this case, it’s highly suggested to establish eye contact with the other driver and determine who should make the first move.

If the driver looks in a hurry, it’s better to let them go first and take the second roll. Drive save, be safe. Happy fleeting.