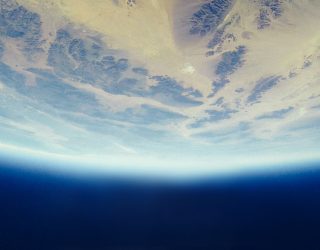 There was a time when our screens were awash with truckers. These days they are few and far between. And this might be one of the reasons why a new YouTube show has got people talking.

The animated series, Dallas & Robo, stars a cowgirl trucker and her robot friend. Dallas Moonshiner is a boozy ex-stock car racer who drives through space in her flame-painted truck, accompanied by Robo – a hulking AI with a sensitive side.

The show tells the story of their travels together between different worlds, and sees the pair delivering goods, hanging out in bars, getting into bar fights, arguing with rival truckers, and getting into all manner of weird and wonderful situations.

Suffice to say, it follows the tried-and-tested trucker film format – only in space.

Kat Dennings voices the character of Dallas, while John Cena voices her robot pal. According to the trailer, the pair are “accidentally saving the solar system one trucking job at a time.”

In case you were wondering, Dallas & Robo is not a show for kids. The eight-part series has been created by the company behind BoJack Horseman and launched on YouTube Premium (formerly YouTube Red) on 30 May.

Before you tune in, you can watch the trailer.