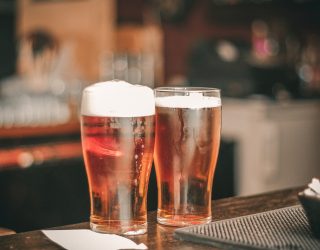 Would you get behind the wheel if you’d been drinking alcohol? As a professional driver, your answer (I would hope) is a definite ‘no’.

However, with more than 5,000 deaths caused by drink-driving on Europe’s roads every year, clearly some people are ignoring the rules (and their common sense).

The answer could be alcohol lock devices, which prevent the engine starting until the driver has done a breath test. However, despite plenty of these devices being available, many freight companies are reluctant to commit to them voluntarily.

In France, coaches are already fitted with these devices. And now, the French government has gone a step further, deciding that every repeat drink-driving offender will have an alcohol lock fitted into their vehicle.

Elsewhere in Europe, the idea is being embraced. In parts of Scandinavia for example, these devices are fitted in all new vehicles, while Austria’s national drink-driver rehabilitation scheme includes the option of offenders having an interlock fitted in order to get back behind the wheel.

A recent report from the European Transport Safety Council suggests it’s only a matter of time before these devices become mandatory. The report calls for a standard electronic interface to be fitted into all new cars and professional vehicles, meaning installation of interlocks will be easier once they do become a legal requirement.

It’s an idea that has been mooted for almost a decade, but we’re still none the wiser about when it will come into force. I’m certainly not pro-nanny state, but if they save lives I say make them standard sooner rather than later. What do you think?