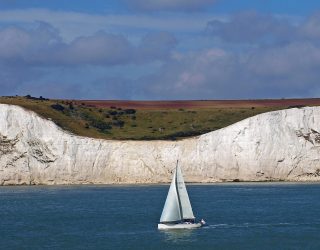 It has been 15 months since the infamous ‘Jungle’ in Calais closed, but truckers are still having to run the gauntlet if they are to cross the Channel.

According to the Road Haulage Association’s chief executive Richard Burnett, drivers are being attacked “on a daily basis”, and people traffickers continue to stop trucks by “by whatever means possible”.

When you sign up to be a truck driver you accept you will work unsociable hours, spend long periods of time away from home, and develop irregular sleep patterns. What you don’t sign up for is being faced with violence and intimidation.

On the flip side, many migrants are fleeing horrific violence and persecution, with many fearing for their lives. They are desperate and feel like they have nothing to lose by lying in the road as a lorry approaches.

Others will try to hide inside trucks while they are parked at motorway services, leaving drivers unaware that their cargo now contains vulnerable humans.

All in all, it makes truck driving through the Channel ports a tense, dangerous and sometimes alarming experience.

The Jungle may have disappeared, but the migrant crisis certainly has not. Local charities estimate that nearly 1,000 migrants are living rough in and around the area formerly known as the Jungle. Before it closed, it was housing nearly 10,000 people. The numbers may have reduced, but people remain determined to reach the UK.

Neither the UK nor French governments are doing enough to solve the problem. Drivers want to feel safe – they have sympathy for the migrants, but they shouldn’t find themselves in the middle of the crisis.

They should be able to stop and rest at a convenient motorway services without worrying that migrants will try to get into their truck.

Have you crossed the Channel recently? How was your experience?