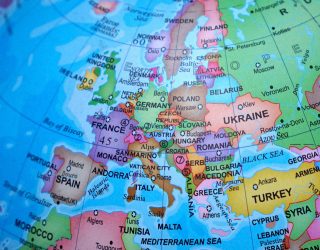 With the rise of technology, the trucking industry has enough to deal with at the moment. So it would be nice to think that the problem of social dumping could be nearing a conclusion. Whether that is the case, however, is up for debate.

Social dumping is a term used to describe competition posed by companies registered in low-wage eastern Europe, where workers are paid lower wages while working in higher-wage western Europe.

In the trucking industry this means drivers from Poland, Slovakia or Romania moving goods across the United Kingdom, France, Germany, the Netherlands, etc. by companies keen to take advantage of cheap labour. From the drivers’ perspective it means living on low wages in countries where the cost of living is much higher.

For years EU regulations have been in place to guarantee the rights of posted workers, designed to protect both the workers themselves and west European countries against these competitors.

The aim of these regulations has always been to create a more ‘social’ Europe with equal rights for all EU workers. The reality, however, has been a controversial bill that’s fallen short of the mark.

These rules have continually raised concerns about social equality against the free movement of workers and services. And truth be told, their effectiveness has been more theoretical than practical.

But as more countries in western Europe – led primarily by France and Germany – unite in their desire to stop social dumping, things have started to change. Albeit slowly…

In May last year, changes to the rules relating to the EU’s Posted Workers Directive were presented by the European Parliament. A year in the making, the new rules meant local labour and minimum wage rules were applicable to truckers after just three days out of their home country.

Undoubtedly a step in the right direction, but with western and eastern member states pitted against one other, fierce debate over the impact on truck drivers and the road haulage industry has continued.

After 18 months of talks, an agreement was reached in October, with MEPs adopting the principle of the same pay for the same work at the same workplace. And after a 12-hour marathon debate, it was agreed that posted workers were allowed to remain for a maximum of 12 months in one place (with the potential for a six month extension in some cases).

It was also agreed that truckers remain exempt from these rules, but the EU wants to take the regulations further. The latest proposal is that posted workers should be entitled to all bonuses, contributions and other benefits under foreign regulations. In cases where the posting exceeds 18 months, drivers would be subject to the foreign labour law in full.

Of course, if these proposed changes were to come into force it would mean a greater strain both financially and in terms of the administrative processes involved.

What’s your view on how we can solve social dumping?