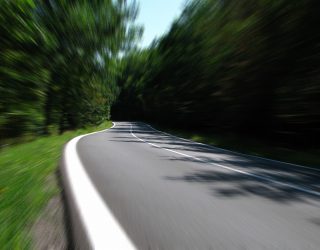 When driving a truck it’s easy to see what’s ahead, but we should spare a thought for those driving behind us.

Impatient drivers attempting to overtake trucks on two-lane roads is an ongoing issue, which is why Samsung has been working on a solution. They have come up with technology which essentially makes a truck invisible.

By placing huge video displays on the back of trucks that are connected to a wireless camera at the front of the truck, the screens display live-view imagery of the road ahead for any trailing drivers. There is even a night vision mode for night-time driving.

Drivers can clearly see what’s ahead and make a more informed decision about whether or not to overtake. The system is clearly simple, but I can’t help but wonder if it’s a little cost-prohibitive.

Samsung unveiled the first of its ‘Safety Truck’ prototypes two years ago, however the idea still remains at the concept stage.

Samsung is clearly serious about transforming the idea into reality, and is currently working to get approval from local governments. The company says it “has been able to confirm that the technology works” and that the idea can “save the lives of many people.”

It might not be the cheapest solution, but is it a good idea? What do you think?