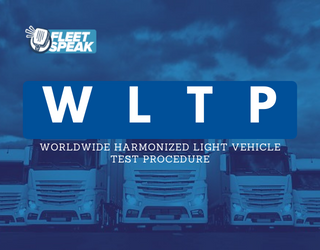 Running a fleet business is not an easy practice, especially when managing particular business operations. Adding further, the legislative changes such as the 2040 ban on petrol and diesel vehicles or the Clean Air Zone (CAZ) emission standard strategies transpiring around the cities in the UK are significantly impacting business owners.

In addition, there are two other regulatory changes that are causing some confusion amongst company car drivers; WLTP (Worldwide harmonised Light-duty vehicles Test Procedure) and RDE (Real Driving Emissions tests). These were introduced in September 2017, replacing the New European Driving Cycles (NEDC). These new regulations have caused a lot of confusion, not only around what they are, but what they mean for businesses and company car drivers. In fact, these changes might drastically affect the tax and type of car you choose for your fleet.

While some regulatory changes are causing a vast confusion among fleet drivers, i.e., the New European Driving Cycles (NEDC) has been replaced with the Worldwide harmonised Light-duty vehicles Test Procedure (WLTP) that is introduced in September 2017. These changes not only drastically affect the tax and type of vehicle but also remain a vague concept among businesses.

Here at FleetSpeak UK, we will explain the WLTP meaning, coming into force, and what will it all mean for all the fleet businesses.

Whereas the WLTP or NEDC tests are still undergone in the laboratory, they involve a more comprehensive range of tests under assorted conditions. Promoting a more realistic driving behaviour, the CO2 & MPG recorded stats will be more predictably parallel to the vehicle’s real-world performance.

Taking account of the recent emissions adversity, the WLTP test will be of massive benefit to fleet businesses, as it promises to deliver more precise predictions covering from fuel to taxation of their fleets.

How will WLTP come into effect?

Even though the WLTP figures are available by manufacturers, the UK government haven’t planned to use these figures for tax purposes until 2020 (Regarding vehicles registered only after Sept 2018). This delay allows businesses and manufacturers to get familiar with the latest figures and implications to avoid any sudden, painful spike in company vehicle tax rates.

What does it mean for fleets?

Here’s how you will notice all the fleets and their drivers gradually moving towards the WLTP by considering the factors, including taxation, non-taxation effects and alternatives.

WLTP estimates the most precise predictions. Therefore, rolling out higher emission figures could significantly affect taxes tied up to CO2 emissions, pushing other vehicles into increased tax bands than those occupied under NEDC.

AN Ultra-low Emission Vehicle (ULEV) is happened to be the one that expels 75g CO2/km or low. Through the WLTP tests, some vehicles are pushed through this line.

This excludes certain financial benefits for certain eligible vehicles below.

As a short term alternative, manufacturers have already started changing their vehicle line-up to react to the latest emissions test involving the withdrawal of certain engine types as well as the delivery speeds of vehicles that might affect the range of vehicles available to the customers.