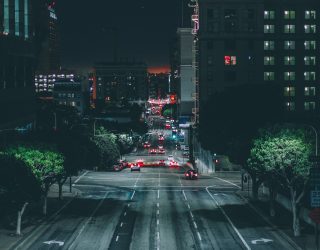 Trucks are usually banned from driving through Stockholm’s city centre at night – they’re too noisy. That means heavy vehicles end up adding to the morning congestion in the rush to get deliveries where they need to be.

However, Stockholm is looking to trial an overnight delivery pilot scheme. Joining forces with Scania, the City of Stockholm is using silent electric-powered vehicles for deliveries made in the dead of night.

A Scania chargeable hybrid truck running on electricity and the fossil-free biodiesel HVO is being used in the trial. Fitted with geofencing technology, the connected truck adapts its speed and driving to its surroundings.

The hybrid truck can drive silently for up to 10 km, delivering goods for McDonald’s on virtually empty streets, and is seen as a step towards more sustainable supply chains.

The truck’s movement is turned into electricity every time the brakes are used and with charging stations near one of the fast food restaurants, the truck can be charged during loading and unloading.

On longer routes, the truck can run its internal combustion engine on HVO, meaning 90% reduction in emissions. It automatically switches to silent when it arrives in built up areas.